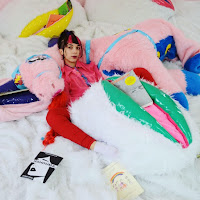 She is interested in the notion of playfulness as a political act and also as a tool to create alternative senses of desire, intimacy and co-existence. In her gender-and-age fluid installations she invites creatures to inhabit the spaces and create collective stories around gender, identity, sexuality and co-existence. As a result; humans, non-humans, monsters, hybrids, gender fluid plush furries are creating cross-species alliances while reclaiming their place in books, on shelves, in narratives of HerStory. 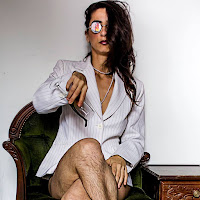 Working in the fields of dance, performance, video, photography and alternative image-making, Fenia’s work interrogates memory, time, (de)construction of identity, and body-centred shame. She holds an MFA in Choreographing Live Art, and a BA in Dance. Her work has been seen widely as part of festivals and curations around the world in the fields of performance, live-art and video-art. Full-time Artist, she supplements her income in-role as associate-lecturer for the University of Lincoln, UK. Pivotal topics of her rhizomatic practice include: the body as a site of transformation and as the repository of emotions; personal and collective memory; performing documentation and alternative uses of archives; formation and deconstruction of female identity; shame and acts of removal. 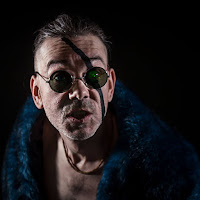 20 years as independent practitioner in the creative fields has seen daz in-role as musician, engineer, producer, software-developer and video-artist. His work has been seen at festivals all over the world, and he’s a keen experimenter in both digital and analog domains, exploring a variety of alternative image-making processes and hardware systems design. As a board-member and resident-artist with the organisation 'SlumGothic' working with disadvantaged communities in Gainsborough, Lincolnshire to leverage arts and art-practice as social-glue, he regularly get involved in delivering events and festivals at 'x-church'.

DAY 1 - ΦΛΑΦΙ Library Experiment #1  [Recording Random Knowledge] The first thing that you will find in a library are book... 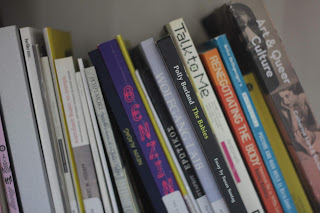